The Importance of Tenacity 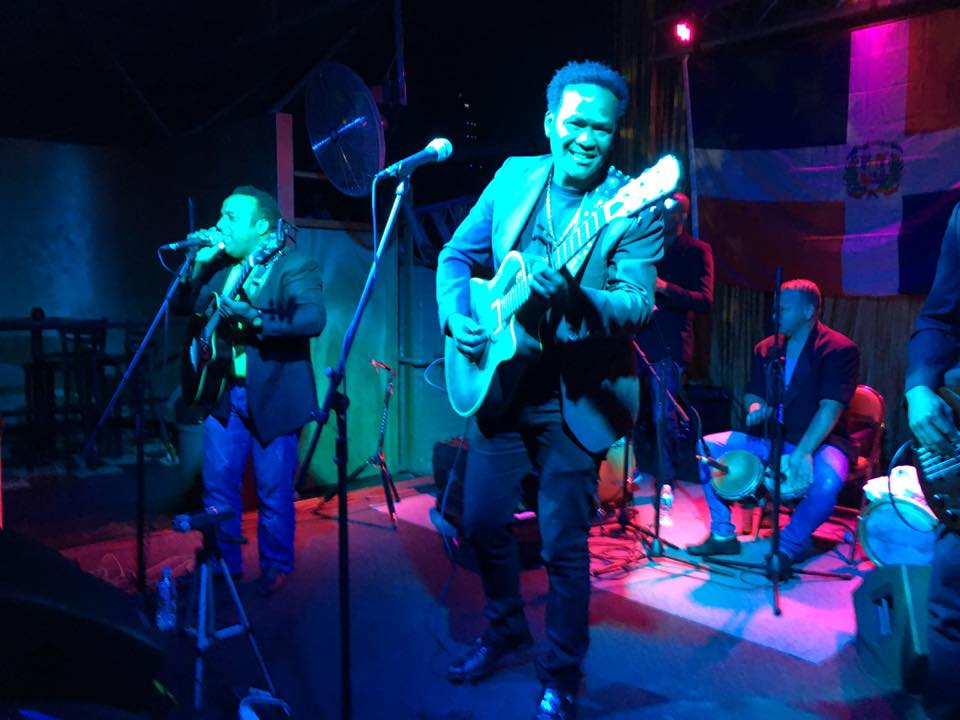 I got to interview this guy — Joan Soriano (YouTube and Google him) last week. In the interview — which literally gave me goosebumps and made my eyes well with tears, I realized the importance of tenacity. What would WE do if we knew we could not fail? What would WE do even if we might fail? So what if we fail? If you know who you are to the core of your being and your core says that you are supposed to do something… be something… go somewhere… what’s keeping you from doing it? If it’s writing… what’s keeping you from writing? I wanted this interview. I Facebooked him asking for it. He said yes — but call my manager. I called the manager. He said no. Time to give up? I left an inservice in Texas a little early, got on a plane at 4:50pm and flew back to Denver. I got to the concert at 10:30pm, missing the first half. During the show I danced right up front and then went and bought him a shot (yes — business expense!)

After the show there was a private party with the band. They kicked everyone out. Time to give up? I told them I wasn’t leaving. Insisted — until I think I was too much trouble to argue with. I sat and chatted up the band (there was no getting near Joan at the time). When they went to leave, the manager was herding cats and through a series of “which way are you going” kinds of questions, I ended up DRIVING Joan Soriano and one of his bandmates to the hotel. He was so, so tired, but I started asking him about himself. He offered me 20 minutes when we got to the hotel, but he was fall-down tired. Fall down tired. Time to give up? His guitar had stopped working just before the show and he had had to borrow one. In the morning before hitting the road for the next show in KC he would have to go get it repaired. I offered to come back and take him to Guitar Center. He accepted. The next morning I took him to Guitar Center 20 minutes away. In researching the night before and thinking about the short conversation in the car, I had *found the story*.. I thought.. maybe, perhaps. On the way I started asking questions about his childhood. When we arrived, the repair would take 30-40 minutes. We went into a back room and I videotaped his re-telling of the story of his childhood. When the car was repaired he was only up to 17 years old. I had gotten goosebumps twice and my eyes had welled with tears. His story is not only of extreme tenacity in the face of profound poverty, but also of a passion for a completely disrespected form of music in the Dominican Republic — Bachata. There was only one radio station that would even play it. It was considered the music of the poor, rural, country people. Not city music. Not real music. Not legitimate music. So a poor son of agriculturists living in the country left home at 12 years old with a guitar that the people of his tiny community had literally gathered coins to help him buy. Ubuntu. If he had ever asked himself if it was time to give up, the answer had never been yes. The obstacles he had to overcome were greater and more substantial than anything that has ever stood in my way. When the guitar was fixed, I drove him back to the lobby where the band and manager were waiting to leave for the next gig. Joan pulled my books from his bag and the band started flipping through them, which is when this picture was taken. Tenacity — the art of saying “I belong here. I’m staying. I will make sure the muse knows where to find me. This is who I am. I am not a field worker. I am a Bachata musician. I am here, impervious to the people around me who want to tell me I don’t belong here.” If you’re a writer, write. If you’re a storyteller, find the story and tell it. If you’re a teacher, teach. If you want to learn a language and travel and have languages roll off of your tongue, do it. He was 12. Not 12 when he started playing. 12 when he left home by himself on a bus. I can’t wait to tell this story. We have no excuses. We just haven’t stepped up yet and declared who we are. Tenacity. It’s in each of us. It’s time to feel the fear… and then do it anyway. 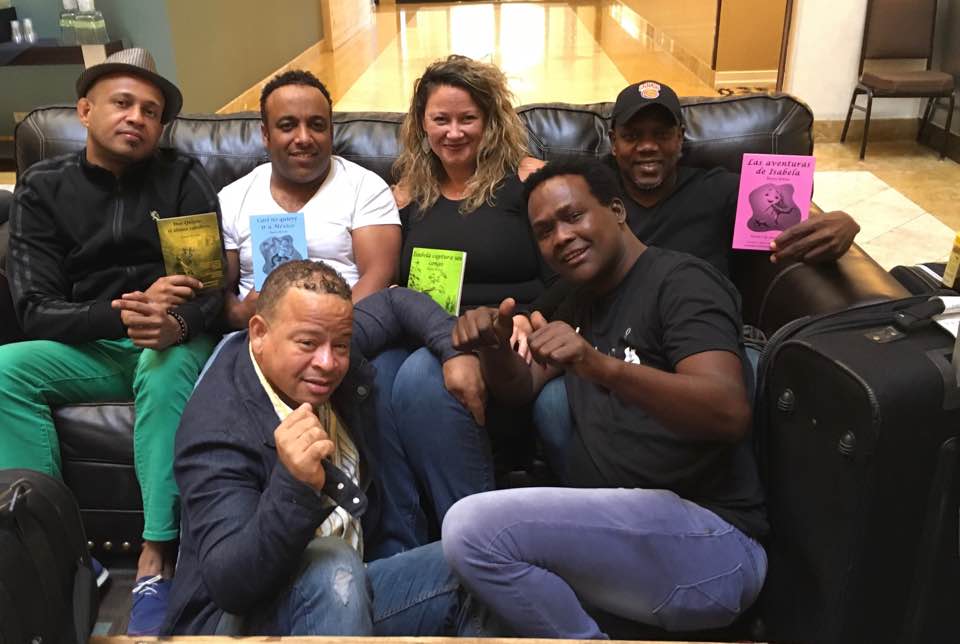