“Classrooms that encourage low filters are those that promote low anxiety among students, that keep students ‘off the defensive’ (Stevick, 1976). …. The Affective Filter hypothesis implies that our pedagogical goals should not only include supplying comprehensible input, but also creating a situation that encourages a low filter.”

“The effective language teacher is someone who can provide input and help make it comprehensible in a low anxiety situation.”

I urge teachers to keep this in mind as they raise their own levels of anxiety trying to learn to teach without classrooms, without walls, without materials, without face-to-face contact in a situation that causes anxiety even for adults.  The levels of anxiety in language learners right now are not conducive to language acquisition, no matter how amazingly you teach. 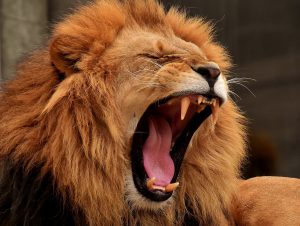 It matters that your face, your heart, your smile reassures as many students as possible that they are not being chased by lions. 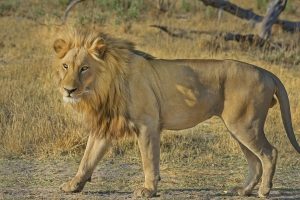 The goal is not to teach languages.  The goal is to create an environment in which the lion us taking a nap and your students to have a short break from stress. 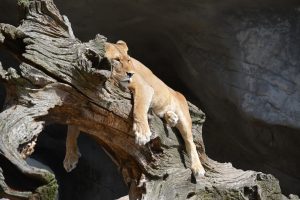 We’re here to help as much as we possible can.

We understand that your brain also thinks you are being chased by lions, and we will do everything we can to give you a lion-free environment.

“5. THE AFFECTIVE FILTER HYPOTHESIS  The Affective Filter hypothesis states how affective factors relate to the second language acquisition process. The concept of an Affective 30

Filter was proposed by Dulay and Burt (1977), and is consistent with the theoretical work done in the area of affective variables and second language acquisition, as well as the hypotheses previously covered in this chapter. Research over the last decade has confirmed that a variety of affective variables relate to success in second language acquisition (reviewed in Krashen, 1981). Most of those studied can be placed into one of these three categories:

(2) Self-confidence. Performers with self-confidence and a good self-image tend to do better in second language acquisition.

Fig 2.2. Operation of the “affective filter”. The “affective filter”, posited by Dulay and Burt (1977), acts to prevent input from being used for language acquisition. Acquirers with optimal attitudes (see text) are hypothesized to have “low” affective filters. Classrooms that encourage low filters are those that promote low anxiety among students, that keep students “off the defensive” (Stevick, 1976). This picture does not diminish, in any way, the importance of affective variables in pedagogy. The Affective Filter hypothesis implies that our pedagogical goals should not only include supplying comprehensible input, but also creating a situation that encourages a low filter. As discussed in Chapter V, several methods focus on just this (e.g. CounselingLearning and Suggestopedia). The input hypothesis and the concept of the Affective Filter define the language teacher in a new way. The effective language teacher is someone who can provide input and help make it comprehensible in a low anxiety situation. Of course, many teachers have felt this way about their task for years, at least until they were told otherwise by the experts!”

This books, Principles and Practices is free on Stephen Krashen’s website

Are you ready to really learn a new language?

Join us online or in person for a Fluency Fast class, and see for yourself what a week of comprehension-based language learning can do for you!