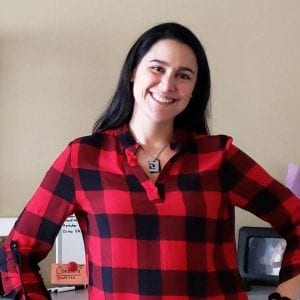 Nathalia comes from Venezuela. She studied Liberal Studies at the Metropolitan University (Caracas, Venezuela). After traveling and living in various parts of the world, she decided to move to the United States, Colorado where she met Karen and started collaborating with Fluency Fast. At first as a personal assistant, a role for which she was vastly over-qualified. Quickly, we asked her to assume more responsibilities until eventually she was designing the curriculum for and teaching our Advanced Spanish test preparation courses. 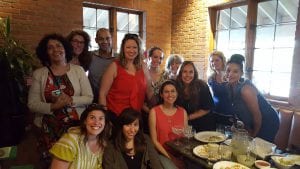 After teaching several advanced Spanish classes, helping DPS teachers interested in passing the exam for bilingual Spanish teachers and correcting hundreds of essays, she wrote a manual to help to the other teachers who are preparing to present proficiency exams in Spanish.

Now she lives in Seattle with her husband, son and daughter. She continued to work for us any capacity that was possible long-distance. She now tutors advanced Spanish students on-line, writes Spanish blogs and manages much of our back office as our virtual assistant.