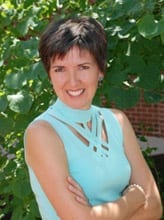 Donna Tatum-Johns works full time as a teacher/administrator at Kentucky Country Day School in Louisville, Kentucky, where she lives with her husband, Dean, and her daughters Bailey and McKenzie. Donna has been a French teacher since 1987, but she was lucky enough to happen upon a Blaine Ray workshop in 1999 that forever changed her teaching and her life. Following that workshop, Donna completely switched her teaching method to Comprehension-Based Methods and has never looked back. In the spring of 2000, after only one year of using Comprehension-Based Methods, seven of her students placed nationally in the National French Contest and more than 20 placed in the state. That same year, 100 percent of the students in her French IV class passed the AP test as juniors and went on to take AP French Literature as seniors.

Since 1999, the French Department at Kentucky Country Day School has made a strong commitment to TPRS®, and in 2007, 19 students in the French program placed nationally in the National French Contest. Donna has attended numerous TPR Storytelling® workshops since 1999. She was awarded “Best of Kentucky” at KWLA in 2002 for her Comprehension-Based Methods presentation with co-presenter Sarah Moran. She and Sarah also taught French at the first Middle Tennessee State University Language Institute, which inspired the creation of Fluency Fast Language Classes, Inc. 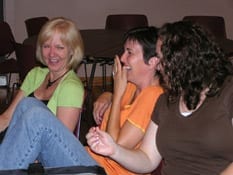 Donna presents workshops for Blaine Ray Workshops, Inc., and teaches French for Fluency Fast during her summer hiatus. She has presented sessions on Advanced and AP French and workshops on Advanced Comprehension-Based Methods Techniques at the National TPRS Conference and has also taught Fluency Fast French at NTPRS. Her incomparable sense of humor makes her one of our most entertaining Fluency Fast teachers, according to her students. Her caring and compassionate nature make students feel safe in her classes, and her wicked sense of humor makes students laugh so much, they forget they’re even learning French.