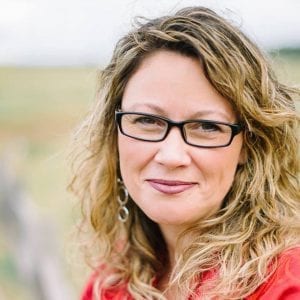 Karen Rowan is a published author and speaker on teaching and learning languages.

She began teaching Spanish using Comprehension-Based Methods in 1996 while teaching high school Spanish.   For more than 20 years she has trained teachers all over the world, including three years training English teachers in the Turkish military.

​She is the author of Las aventuras de Isabela, a short novel for language learners set in Guanajuato, Mexico. It has been translated into English, Spanish, Russian and Italian.

​The second book in the series, Isabela captura un congo, expands on the basic vocabulary in the first book and is set in Playa Hermosa, Costa Rica. The story explores the problems facing howler monkeys as more and more people move to Costa Rica. It has been translated into French and English.

​Carl no quiere ir a México is also set in Guanajuato, Mexico. It tells the story of a young boy whose mother decides they are moving to México for a year.

​Don Quijote: El último caballero is a simplified version of The Quixote. Half in past tense and half in present, it tells entertaining, well-known tales like Don Quijote and Sancho Panza attacking the windmills. It has been translated into English, French and Latin.

​Her newest reader, El callejón del beso, is based on a legend from Mexico. It uses more complex grammatical structures and vocabulary.

Her book for teachers The Fluency Fast Guide to Self-Coaching is available as a download on this site.  In July of 2019 Reader’s Theater for the World Language Classroom was published through Teacher’s Discovery.

​Karen has been the editor of IJFLT, The International Journal of Foreign Language Teaching, since 2004. She is also the author of the TPR Storytelling ancillaries for Pearson/Prentice Hall’s Paso a paso and Realidades textbooks.

Karen serves on the founding board of the ACTFL Special Interest Group Comprehension-based Communicative Language Teaching, the largest SIG in ACTFL, with Dr. Bill VanPatten, Diane Neubauer and Jason Fritze.  She is also the founder and administrator of the IFLT / NTPRS / CI Teaching Facebook Professional Learning Community of 11,000 teachers.  She is the recipient of the 40 under 40 Business Award for the State of Colorado and the Colorado Congress of Foreign Language Teachers Lynn Sandstedt Program Leadership Award in 2018.

​Her presentations and teaching are based on the work of Dr. Stephen Krashen and Blaine Ray, inventors of TPRS.  She created the original Coaching workshops within the National TPRS Conference (2000-present) and was the director of NTPRS for 5 years.   In 2008 he was one of the founding members of the International Forum on Language Teaching, IFLT, (2009-present).    In July 2019 she was the keynote speaker at the Agen Conference in Agen, France.  She presents inservices on TPR Storytelling, Comprehension-Based Methods, Reader’s Theater, Self-Coaching for teachers, Storytelling and Personalization.  Her school district inservices range from one day through two semesters of training, curriculum development and -in class demonstrations and coaching.

Online webinars at Fluency Fast include:

How to Write a CI Novel, Personalization, Self-Coaching and Reader’s Theater

To hire Karen to teach a language class or present a school district inservice or present at a state, national or international conference, email karen @ fluencyfast.com for prices and availability or call 719-633-6000